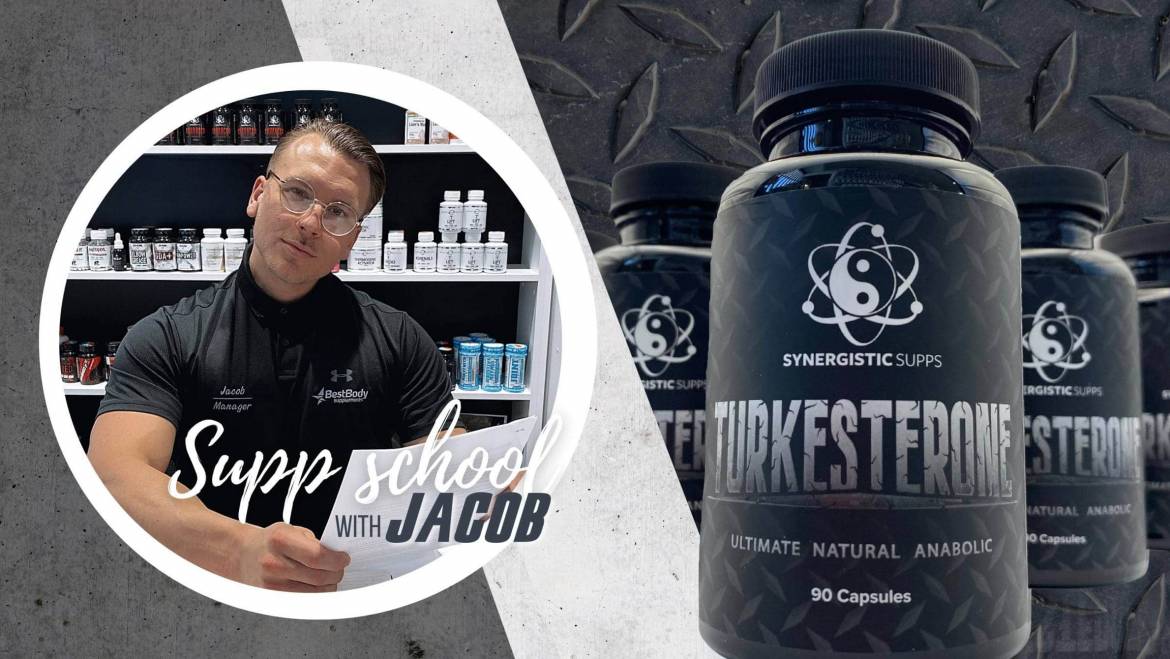 Turkesterone has quickly become a household name in the supplement industry as of late. Today we will take a deeper dive into this anabolic compound and answer the question ourselves. What is Turkesterone? Is the hype real? Or are there further avenues of exploration that need to be discovered before we crown this compound the king of the natural anabolics?

So…What is Turkesterone? it is what we call an ecdysteroid. Ecdysteroids are a class of compounds that are structurally very similar to androgens. What are androgens? Androgens are any natural or synthetic steroid hormone that regulates the development and maintenance of male characteristics. They do this by binding to androgen receptors that are located in the vertebrate. Ecdysteroids are very well studied as plant and insect growth factors and actually derived their name from the process of malting in insects, which is called (ecdysis).

Now it is important to remember that Ecdysteroids are a class of compounds. It doesn’t just include Turkesterone, although it does seem to be the most popular. There have been four major Ecdysteroids studied in recent years. They include Ecdysone, Ecdysterone, Turkesterone, and 20-hydroxyecdysone. All four of these compounds share very similar general properties, but there are some discrepancies when it comes to their potency and effects. Based on the completed research so far, Turkesterone does appear to be the most anabolic.

Turkesterone when orally ingested by mammals has been shown to behave very similarly to anabolic steroids on a putative level, without any of the androgenic effects. A putative gene is a segment of DNA that is believed to be a gene. They share a similar sequencing structure to already characterised genes. In the case of Turkesterone, these genes are androgens. Androgen genes are what we call protein-coding genes.

Turkesterone is the primary bioactive compound that naturally materialises in the Ajuga Turkestanica plant. This plant has a long history of use in more traditional medicines for its anabolic, hepatoprotective, adaptogenic, and hypoglycaemic benefits. There have only been a handful of studies conducted in humans thus far, however, the results seem quite promising. In one such study, 46 athletes were given 800mg of Turkesterone per day for a total of 10 weeks. They gained an average of 3.2kg of lean body mass and reported a significant increase in muscle hypertrophy and strength.

There have been far more studies completed in mammals, which have shown an amplified effect on muscle growth rates among them. The benefits of Turkesterone don’t just stop at muscle growth and protein synthesis either. These studies have also emitted a strong signal when it comes to lowering cholesterol and blood glucose, improving protective effects on neural tissues, promoting lipid and carbohydrate metabolism, and even boosting the bodies immune system.

Although the evidence is very encouraging when it comes to the small number of human studies and of course in larger animal models, it is important to note that there is still a lack of substantial human clinical trials available. More studies will need to be done to be able to conclusively prove Turkesterone’s proposed benefits in humans.

The optimal dosage of Turkesterone in humans is still inconclusive. There is no completed research to show that one dosage is better than any others. We do know that the half-life of Turkesterone is somewhere between 4-9 hours, which does tell us that it is best to split the dosage up twice daily. Based on what I have read on Turkesterone so far, the most frequently recommended dosage I have seen advertised is anywhere between 500-1000mg daily.

Another recommendation that was quite common was 10mg of Turkesterone for every kilogram of lean body mass per day. E.g. If you are 100kgs and 20% body fat, then you will carry 80kgs of lean body mass. This person would then be recommended to take 800mg of Turkesterone per day. Empirically, we still do not know how long it takes for Turkesterone to become fully active in the system. Anecdotally, however, users have reported a noticeable increase in energy levels, hypertrophy and strength, and also moods, after only a few days of use.

This is another common question that will need more research to be answered conclusively. I did see people recommending 10-week cycles of Turkesterone for maximum benefits. Again, this advice doesn’t yet seem to be based on any specific research, rather it more just follows along with the same guidelines as other supplements in the same category as Turkesterone, i.e anabolic steroids, SARM’s, natural testosterone boosters.

I haven’t read anything that would deter me from recommending the use of Turkesterone on a year-round basis either. Based on previous research on Ecdysteroids, they don’t seem to require any post cycle therapy (PCT), due to the fact that Ecdysteroids don’t show any binding affinity to the androgen receptors. Ecdysteroids primary benefit is to stimulate muscle protein synthesis, which will, in turn, allow you to build lean muscle mass faster and more effectively. As of right now, I would feel comfortable leaving it up to the individual to decide whether or not they should cycle it, or use it continuously.

Turkesterone is definitely the star in the Ecdysteroid family and based on current research, I would conclude that its claim to fame is far more than just hype on a Joe Rogan podcast. Turkesterone does seem to be an incredibly strong anabolic compound that could really assist with lean muscle growth and strength. It seems to be considerably safer than anabolic steroids and has far fewer potential adverse effects from its use.

Its potency relative to anabolic steroids is still a big question mark in my opinion. I wouldn’t be as sure as some claim to be when they profess that it will compete with the steroid market. However, a more accurate comparison could be to that of SARM’s. Only time will tell exactly how effective Turkesterone can be for strength and hypertrophy, but with the cat now firmly out of the bag, it shouldn’t take too long to get the answers we are all searching for.